A mere 30 minutes’ drive from Donostia-San Sebastián but another world entirely. The entire Artikutza basin is a protected forest reserve and is about as close as you can get to “Lord of the Rings” country in this part of the world. The route descends through a beautiful beech forest via the Erroiarri waterfall to the isolated village of Artikutza itself, with fine examples of local rural architecture, then returning up through another part of the forest along a former railway line once used for transporting timber and coal from the Artikutza basin to the coast. 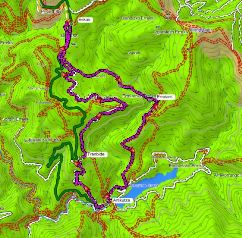 This circuit starts and finishes in the picturesque village of Urdax, nestling on the French/Spanish border and a key point on the Camino Baztanés branch of the Pilgrim’s Route to Santiago. The highest point of the walk is the spectacular rocky outcrop of Mt Azkar, suspended directly above Urdax and affording fine views over the Western Pyrenees. The return route descends via a mountain stream within a beech and chestnut forest. 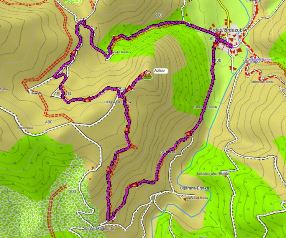 This loop also starts from the village of Etxalar and which, like the Aizkolegi loop described above, can also be done as a separate day trip or as part of an extended stay in Etxalar on the Baztan-Bidasoa route. The walk involves ascending via one ridge and descending to Etxalar via another, in the latter case following the same route of descent as for the Aizkolegi loop. 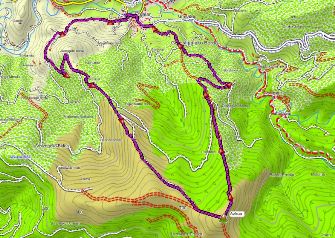 This varied loop focuses on some of the most unspolit villages of the Baztan Valley, connected by a series of old paths and tracks. On this walk the hiker visits Arizkun, Azpilkueta, Zuaztoi, Amaiur and Bozate, all boasting some of the finest rural architecture in the region. A stop will also be made at an old water milll beside an idyllic stream, and we also follow a section of the Camino Baztanés branch of the Pilgrims’ Route to Santiago.

This route combines an exhilarating ridge walk over Mt Bianditz, with great views towards the crags of Peñas de Aia/Aiako Harriak and the coast beyond, and the northern part of the Artikutza forest reserve, which allows the walker to get a taste of this unspoiled forest of twisted beech trees, chestnut and ancient oaks.

An extremely varied circuit involving a steady climb up through birch and beech forest to the chapel of Trinidad at just over 1000m, suspended on a promontory from where the entire Western Pyrenees can be seen on a clear day. From here it is just a short distance to the summit of Erga, from where we descend to a splendid viewpoint over the Bi Aizpe / Dos Hermanas (two sisters), a pair of vertical rock faces on either side of the Larraun River and the haunt of griffon vultures. The return route is along the former Plazaola railway line beside the river. 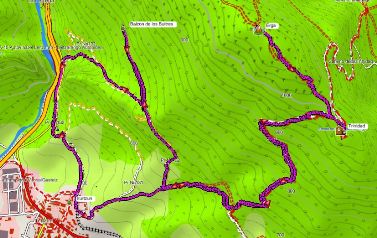